This program was another in our series of "ecosystems you might not think about."  We've done ants, the electron, caribou and the tundra, and this program on the Chili Pepper. While these are unusual ecosystems, we're finding that they make interesting connections with larger environmental issues such as climate change, water supplies, and even the atmosphere.

Our first guest was Dr. Stephanie Walker of the Chili Pepper Institute, New Mexico State University. She told us about the diverse functions of the institute, including developing new cultivars, providing support for New Mexico chili farmers, and educating the public about chilies. She also told us about how climate change is affecting the growing season, availability of water, and other problems for the farmers. The institute is well known, and its annual conference attracts people from all over the globe.
Learn more about the institute at cpi.nmsu.edu.
Listen to the interview: click below. 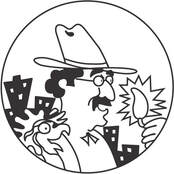 Then we spoke with Phil Elkins, a.k.a. Senor Felipe, KZFR host of LA Sounds, Wednesday, 3-5 pm.  A while back, Phil had a highly successful career as a salsa maker, staring out in Chico but going global-ish. He spoke about recipes, manufacturing processes, and, of course, the choice of chili pepper varieties. Phil is also a wonderful storyteller and laughs a lot as he tells of his experiences.
Learn more about Phil at srfelipe@weebly.com
And listen to the interview; click below.

This program explored energy efficiency in commercial and public buildings. Our first guest was Doug Davenport, Founder and Executive Director of Prospect Silicon Valley (ProspectSV), a nonprofit that helps companies develop sustainability strategies. He described how he works with a wide range of entitities to create and fund energy efficiency projects. We were impressed with both the intent and scope of the program. 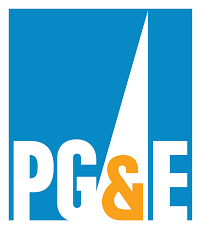 Then we spoke with Mark Salavitch, Program Manager for PG&E, which is participating in the program. Mark described their Market Access Program (MAP) and how it is working throughout its system to reduce stress on the grid and reduce energy consumption generally. Again we were impressed by the range and success of the project.
Learn more about ProjectSV at https://www.prospectsv.org/
And learn more about PG&E at https://www.pge.com/en_US/small-medium-business/save-energy-and-money/energy-savings-programs/energy-savings-programs.page
Listen to the program: Click below.

Our focus in this program was Cook Inlet in Alaska, a body of water stretching south from Anchorage, which lies over great stores of gas and oil. Congress has mandated leasing of those waters and the resources beneath and held an auction on December 30. Our guest was Sue Mauger of Cook Inletkeeper, an organization that has long campaigned against these leases and joined with Earthjustice and others in filing suit to prevent the auction. The auction did proceed, and Sue shared with us the results, which were in some ways encouraging to those who would like to preserve the inlet and its resources. She also spoke with us about some of the InletKeeper’s other projects. Specifically, Sue Mauger studies Alaska’s wild salmon streams and leads Inletkeeper's efforts to highlight the relevance of climate and land-use change in local decision-making. She coordinates regional water temperature monitoring networks and uses thermal infrared imagery to map and protect cold-water habitats: the stepping stones salmon will need to move up and down otherwise warming stream channels. Sue did her undergraduate work at Duke University and got her masters in Fisheries Science from Oregon State University. She was among 80 women worldwide selected to take part in the second team of Homeward Bound, a global leadership initiative for women in science.Learn more about the great work of Cook InletKeeper at https://inletkeeper.org

To kick off the new year, Susan interviewed Tierra Curry, Saving Life on Earth Campaign Director, Center for Biological Diversity. She works nationally with individuals and groups in support of celebrating and protecting biodiversity. Prior to joining the Center in 2007 she worked as an amphibian field biologist, environmental educator and community organizer. She holds a bachelor's in English from Berea College and a master's in biology from Portland State University.
They discussed just a few of the Center's many programs and such topics as global extinction, the Convention on Biological Diversity, the Endangered Species act, and the current status of Monarch Butterflies, Humboldt Martens, and Lassic Lupines. Click below to listen to or download the program.